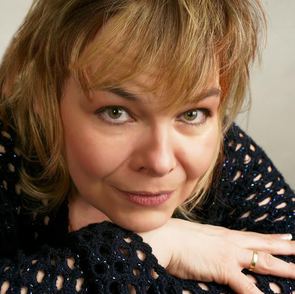 Liszt and Artisjus Prize awarded soprano Tünde Szabóki studied voice, piano and choral conducting at the Béla Bartók Concervatory, Budapest, Hungary. After studying piano and voice at the Liszt Academy of Music, Budapest, she continued her studies at the Music Academy in Graz, Austria. In 1989 she graduated as a piano teacher in Budapest and in 1998 as a singer in Graz. She took part in the masterclasses of KS. Hanne-Lore Kuhse and KS. Astrid Varnay.

She was a vocal coach at the opera department of the University in Graz, where she was member of the „ars ad libitum” ensemble and also of the NOVA ensemble in Vienna. She has been a voice teacher at some professional choirs, such as that of the Stephansdom in Vienna, the Hungarian National Choir and the Hungarian Radio Choir.

She regularly sings in the Musikverein, the Konzerthaus, the Stephansdom and the Augustinerkirche in Vienna. Her most significant opera venues include the Gran Teatro Liceu (Barcelona), Graz Opera, Prinzregenten Theater (München), Narodni Divadlo (Prague), Miskolc National Theatre (Hungary) and the Sopron Theatre (Hungary).

In 2008 she debuted as Leonore in Beethoven’s Fidelio in the Hungarian State Opera as Thomas Moser’s partner. Since 2008 she has sung Vitellia (La clemenza di Tito), The Marshallin (Rosenkavalier), Donna Elvira (Don Giovanni) and Ariadne (Ariadne in Naxos). Since 2009 she has been a regular participant of the Budapest Wagner Festival, where she has sung Elisabeth, Freia, Gerhilde, 3rd Norn and Elsa. In 2013 she sang Krisztof Penderecki’s Symphony 8 (Hungarian premiere), conducted by the componist himself in the Palace of Arts.

You can communicate with Ms. Szabóki in German.