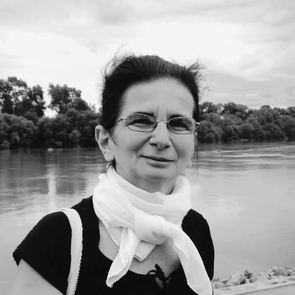 Erika Dallos has been vocal coach at the Hungarian State Opera since 1989. After her studies as chorus master and harpsichordist she became the member of her mother-theater in 1990. She got her degerees in the Hungarian Liszt Academy of Music and at the Universität für Musik und darstellende Kunst Wien. She took part in many harpsichord masterclasses, such as that of Jos van Immerseel in Antwerpen, Johann Sonnleitner in Innsbruck, Hugette Dreyfuss in Paris and she was also the musical assistant of Yurij Simonov in Miskolc, Hungary.

As piano accompanist and harpsichordist, she has played in England, Germany, Romania and Ukraine (as the choir leader of the Saint Joseph Choir), in Japan (Le nozze di Figaro). She has published some CDs, such as Haydn’s La canterina where she played the continuto (Hungaroton) and the CD-series of the Törley-Salon, where she was piano accompanist. She has also released a DVD with Beethoven songs, sung by Erika Miklósa (Maximilian Cobra private publisher).

She is also active in early music and plays regularly with the Capella Savaria Baroque Ensemble, the Budapest String Ensemble and Aura Musicale Baroque Ensemble in addition to many concerts of chamber music and song. In 1984 she was awarded the Juventus Prize at the Hungarian State Opera. She often participates in concerts as cembalist and pianist. In 2009 she was artistic leader and conductor of the production of Crescendo Summer Institute, Haydn's Le pescatrici in Ede Paulay Theater in Tokaj.

You can communicate with Ms. Dallos in German and English.