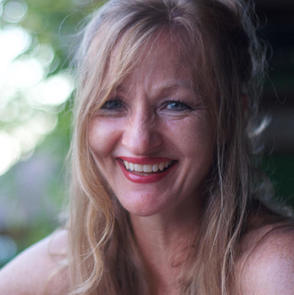 Dr. Tina Bailey is a visual and performing artist and an ordained minister working cross-culturally. She holds a Bachelor of Fine Arts degree from the Savannah College of Art and Design as well as Master´s degrees of Communications and of Religious Education. She holds a Doctorate in Art and Spiritual Formation. Tina has been involved with the Crescendo Summer Institute since its beginning, teaching and coaching singers and musicians in stage presence and movement. She also leads daily sessions of Lectio Divina. She studied dance at the Frances Lea School of Dance and the Margo Dean School of Ballet and has extensive experience in liturgical dance. She performed on stage as a member of The Company theater group from 1991-1995. Since moving to Asia in 1996, she has studied several Indonesian forms of dance, as well as  traditional balinese painting, batik and Balinese gamelan music. “Lagu Maria”, a Balinese Gamelan composition for Ballet, was composed specifically for her based on the Magnificat.  She regularly performs both together with gamelan musicians and as a member of improvisational formations. In 2012 and 2013, she performed with Narwastu at the Bali Art Festival, the most prestigious art event in Bali Indonesia.

Life in Asia and the plight of women have influenced her approach to visual arts. Tina has exhibited internationally and has multiple works in private collections.  Her painting “Forgiven”  was featured on the cover of the book “ Letting The Other Speak: Proclaiming the lives of Biblical Women.” By Dr. Tracy Hartman.

She enjoys helping people discover their creative potential through coaching and mentoring. Tina has used visual and performing arts in response to traumatic situations, to the Bali bombings (dance), to the Asian tsunami and to her experiences with West African refugees (visual arts). She holds workshops and leads contemplative retreats on creativity and imagination incorporating drama, dance, music, visual arts, improvisation and spiritual formation. She helps prisoners to develop skills in painting, drawing and dance in an arts program in Bali’s Kerobokan Prison.

She lives in Bali with her husband Jonathan where they co-founded the Narwastu Art Community.