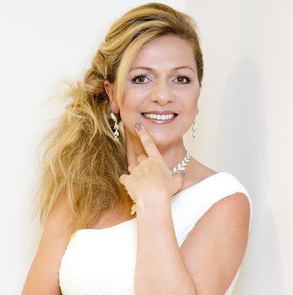 Andrea Meláth completed her studies as opera singer and music teacher in 1998 at the Liszt Ferenc Academy of Music, Budapest. In 1999 she won the 3rd Prize of the Wigmore Hall International Song Competition in London. Since 1998 she has been a permanent guest artist of the Hungarian State Opera House, Budapest. Among others, she recorded Béla Bartók’ Duke Bluebeard’s Castle (Naxos), Baldassare Galuppi’s Clemenza di Tito (Hungaroton) (Sesto) and Mozart’s Don Giovanni (Vox Artis) (Donna Elvira). In 2001 she sang the role of Judit in Bartók’s Duke Bluebeard’s Castle in Budapest for the first time. After this breakthrough she has performed this role in several countries, for example in Glasgow, Kuala Lumpur, Palermo, London, Antwerpen, Quebec, Stuttgart, Tokio, Shanghai.

For her high level interpretation of contemporary music she received the ARTISJUS Award nine times between 1997 and 2012. She is a dedicated artist of the song culture. She published several CDs under the valued Hungaroton brand and also with the Hungarian State Radio. She was granted the Liszt Ferenc Music Award from the Ministry of Natural Cultural Heritage in 2001. In the same year she also received “The Best Young Artist Award” from the Hungarian State Opera. Her sensible, but dynamic voice and her expressive artistic skills earned her well deserved success in different mezzo roles like Rosina, Cherubino, Serse, Sesto, Octavian, Carmen, Donna Elvira. She debuted as Mère Marie in Francis Poulenc’s Les Dialogues des Carmelites in Stuttgart and Berlin.

Beyond her artistic career, she taught as associate professor of singing at the University of Pécs between 2007 and 2012. Since 2012 she is a vocal teacher at the Liszt Ferenc Academy of Music, where she has been the Head of the Vocal Faculty since 2013.

You can communicate with Ms. Meláth in English.