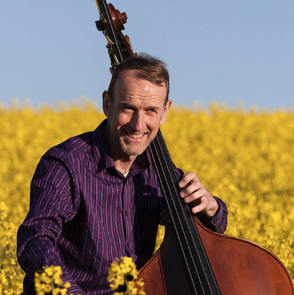 As principal double bass with the Bournemouth Symphony orchestra since 1985, David Daly has toured North America, Europe and Asia and featured on more than one hundred of their CD recordings. He has performed as soloist with the orchestra to high acclaim and was a founder member of its education department. David has also guest led the bass sections of the Royal Philharmonic, the BBC Symphony, the London Philharmonic and the BBC Philharmonic orchestras. He maintains an active recital programme and in 2013 gave the premiere of John Kinsella’s “15 April 1912” in commemoration of the anniversary of the sinking of the Titanic in the National Concert Hall, Dublin. He teaches at Marlborough College and Bristol University.

David played as a member of the European Community Youth Orchestra. He studied with Prof. Thomas Martin in London and with Prof Bruce Bransby at Indiana University, Bloomington, USA.

You can communicate with Mr. Daly in English.